My father grew up in a Delhi very different from the one I have grown up in. For him, the entire neighbourhood was his Uncle or Aunty and a bunch of young boys were his brothers in arms. They would jump from the terrace of one house to another (because back then you could) creating havoc every evening.

And what did they spend hours doing – flying kites! Which is something I only knew as a thing to do on Independence Day. It was Papa’s favorite thing to do. I remember him trying to teach my sister and I to fly kites but that was a big miss.

This shirt is as intricate and complicated as flying a kite was to me, every pintuck, every button and everything kite and chaki embroidered onto it is as sharp but as jolly swaying its way mid-air. He so fondly talks about his memories of the patang, the excitement of cutting someone’s kite and then the frustration when his own was cut. Sometimes I wonder if I missed out on these tiny joys of life. 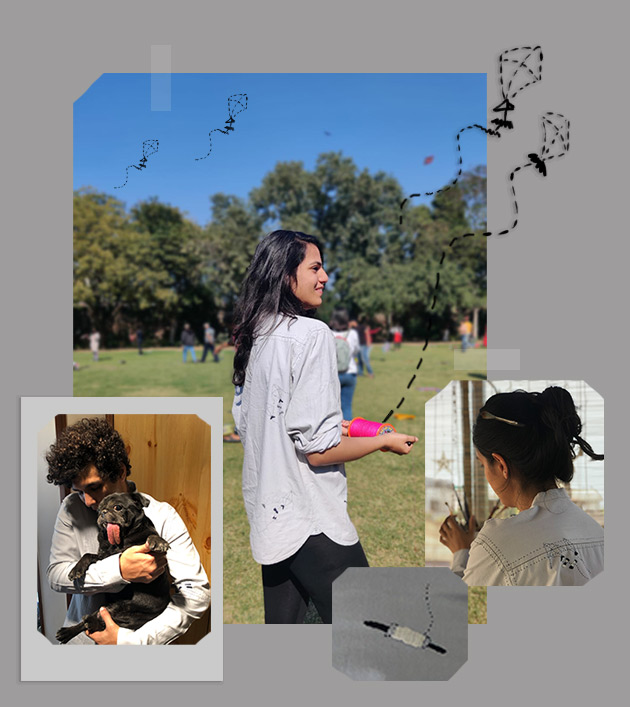